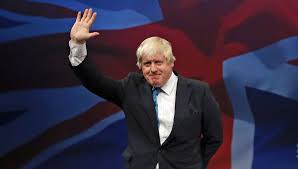 It’s the summer holidays and I am content on so many levels. I have a good job, I have a home which I love and above all a wonderful, supportive family.

This year, we’ve had a glorious summer. We’ve had hot, lazy days, barbecues and picnics and the temperature has only just dropped after about five or six weeks of uninterrupted sunshine and heat. Honestly, this is a wonderful place to live and grow. We’ve painted pictures and hung them up, we’ve learnt the names of trees and climbed up ropes, swung on swings and fed the ducks. Who could ask for any more?

During all this time, not once was I questioned about the clothes I wore, about my religious affiliations or my loyalty and yet, in the world I inhabit, there is still a niggle of fear. Now, I’m going to throw race in, so brace yourselves.

Just recently, my husband took a trip to America for work. All his paperwork was completed, he was issued a permit to travel and enter but there was always this doubt and fear that perhaps he might be detained. They might stop him at immigration and question him about his real intent of travel. Was he really going for work or was he actually a bomber? I know this sounds ridiculous! (To my white friends?) To my brown friends, and especially my brother, this sounds like a legitimate fear. You see, my brother was detained at immigration and was forced to sit through an interrogation on a trip to America. He was terrified. It haunts him still. We laugh about it now, but it’s more of a nervous laugh, the one where we’re really trying to be brave in the hope that our laughter will scare away any ghosts.

This is a small example of what it feels like to be brown.

Now, let me get to the crux of what I’m actually writing about. My father said to my son yesterday, “No matter how much you try to be English, they will never accept you as English.” It was a throwaway remark but hung in the air just long enough make us stop what we were doing. We moved on quickly but I could not forget it. It’s something he’s told me plenty of times too as I was growing up, in a bid to encourage me to hold on to my roots and my heritage but I had never heard disappointment and resignation in his voice before. This time was different.

I’m not sure if I ever believed what my father told me all those years ago, about never being accepted, because here, in this beautiful green land of hope and opportunity, I felt accepted – not for being English, mind you, but for being myself. But Boris is taking that away from me. He’s taking that away from my children. In one blundering blow he has endorsed the right to be cruel to a section of society because of what they wear. He’s opened it up for debate and it should never have needed to be a topic of debate. Bullying people for how they look, from a position of power and influence is always wrong. It only harbours a deeper disdain about that particular group in general. Only if you do not respect them, will you dare to vilify and ridicule them, surely!

I enjoy wearing my kurtis and saris on occasion and we all love dressing up for weddings and festivals but will I be afraid to adorn myself in the colours and finery which represent another reality of my Britishness in the future? Will I worry about whether people will be ‘tolerant’ (it’s a British Value, after all) of what I choose to wear or will I fall victim to ridicule and harassment? It’s talking about ‘Paki spots’ all over again. Being brown has many unseen implications, being brown in this country today has just become that little bit more fraught.

So, Mr Rowan Atkinson, it’s not at all funny, but I get that you don’t get it.

Let me know what you think though. I’d love to be able to see what kind of world I really do find myself in.