Settling back into it

The night we arrived, we were too tired to think about what we had done. We were too relieved to worry about the cold. We collapsed into our beds in my mother’s house and slept as if we had truly been laid to rest.

Then, at 4am, the sun started to rise and our eyes opened in confusion. It was surely around nine, wasn’t it? When I checked the time on my phone against the summer sunrise, I knew my brain had duped me. I was jetlagged and try as I might, I could not go back to sleep.

About an hour later, my daughter and son woke up too, eventually we were all awake and my mother, bleary eyed, but excited to have her grandchildren close by woke too. Breakfast, coffees, showers, it was all arranged and all that was left to do was to let it sink in and then get moving.

Saturday morning meant a number of things; getting the keys to the house we had arranged to rent, looking for a car, for the family, renewing my driving licence at the post office and then, if there was time and all was well, actually moving in to the house.

It turns out, there wasn’t enough time and all was not well. My son became ill. Nothing serious, diarrhoea and fever, possibly caused by dehydration and fatigue and a change of climate. We had travelled thousands of miles, sitting upright on an aeroplane to a land where we shivered constantly, from a land where sun held us hostage indoors. Of course it would take a toll.

Sunday morning, armed with Diaralyte, (oral rehydration solution) and an urgency to move on with our lives, we attempted to move in.

We bought duvets and food and cleaning products and everything else we thought we might have needed and by the evening we had moved in. We had our meals in my mother’s house and we slept that night in our rental.

The following morning, I was due to meet with a head teacher at a Coventry school, where there was a job opening.

I got ready, with butterflies and other things, fluttering about inside, and I took a taxi. I arrived ten minutes early, almost choking at the fare. I resolved to start taking the bus as soon as I could.

As I walked around the school and spoke to the head teacher, relieved, again that I was somewhere familiar. I knew schools. I knew what this headteacher was talking about, I knew these classrooms and I knew I could fit in here. Walking through wardrobes into Narnia like lands, was something I had grown quite accustomed to, and this is what they did at this school on a daily basis.

I’m happy to say, I applied for the job, had a lesson observation and an interview and was selected. I start in September.

In the meantime, I do supply work. I wake each morning and catch the bus. On my days off and in the holiday, we visit the park. The weather is changeable, but bearable. We run and play and my children are beginning to climb trees. We feed the ducks and we enjoy the stretching out of days, long peaceful summer days which melt into nights. 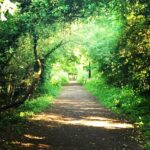 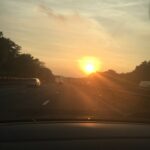 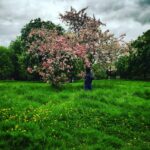 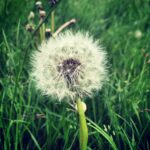 Once we went to Foleshill Road, for Indian groceries; things like chapatti flour and curry leaves and all at once, we were Indian again. We gasped at the prices. We were shocked beyond words. This was daylight robbery. Occasionally we shivered, dismayed at the grey thick clouds. At times like these I miss India. But alternatives can be found. We discovered Coventry Market again, for cheaper vegetables and we are grateful to the library. The luxury of buying books, when we don’t have any bookshelves in this house is not an option. Instead, my husband takes the children to a place where they can borrow books every week, if they would like and then their appetite is sated.

I love the green of this place in the summer. I love how everyone is prepared to chat. I like how the social class is not so obvious. We all have the basics and I think that is fair. But sometimes I don’t like the suspicion.

On our first weekend back, I heard that the EDL were going to march in Coventry. This is my hometown. This is where I grew up. I will not accept hatred and racism here. I felt sick to the pit of stomach. Did we make a mistake in coming back? Well, we are back and we have made a decision to give it our best shot. We would fight for fairness and equality, because this was really, really important!

We headed into the city centre and found the UAF counter march, under the statue of Lady Godiva. Tears welled up in my eyes as leaders shouted slogans in defence of ‘our kind’. I was annoyed that more of ‘our kind’ were not visible. Hiding indoors in fear or apathy, I was not sure, but they should have been here, with us and the ‘white people’ who cared, who really cared for the state of society. But we stood, holding banners and waving placards and shouting slogans and dancing to tune of the live band who were playing at the time. For a few brief hours, this was our town again.

And then it was time to move on. We had lunch and headed home and somewhere between then and now, we made it back, still settling back into things but more secure in the knowledge that we can.