Slowing down, holding hands and saying thanks. 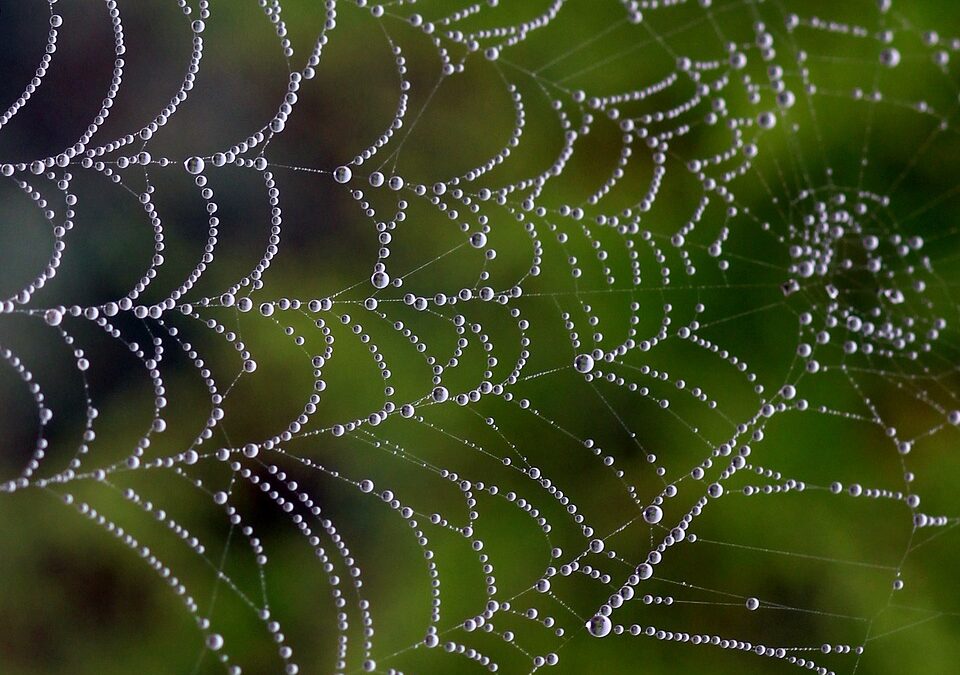 Starting somewhere new is always daunting. There are new routines, new people, new priorities and new anxieties; in short, there a myriad of new challenges to face, whilst still trying to keep a semblance of self and self-confidence intact.

Recently, we moved house and into our first family home. I love it so much! It’s big enough for the four of us and a guest or two and the neighbours are friendly and communicative. Challenges here have been minimal as everything was already prepared for us to just slot in with our suitcases, furniture and dreams.

The next change involved changing schools for my children and me. We are now spread across the outskirts of Rugby town in three different locations. All three locations are easy enough to get to but time restraints mean that the morning is a blur of uniform, packed lunches and calls of, “hurry up!” and “we’re late!” To be fair, there would still be rushing out of the house at that time in the morning for any sane human being, and we’re actually leaving the house fifteen minutes later than we were in the past, before the move, but it has brought a slightly different opportunity in its wake.

The commute to school and work leads me first into Cawston, down a narrow country lane where speed restrictions and space are minimal. We arrive at my daughter’s school, narrowly escaping a scrape and sometimes having exchanged looks of contempt with oncoming drivers. I rush her out of the car with a, “Hurry up!” and, “Have a good day!” Then, I speed out the carpark and turn into the village of Bilton, where I arrive at my own school and clumsily reverse park into a convenient space. I then let my 6 year old fall out of the car with his paraphernalia of water bottle, book bag, lunch box and the occasional random object he’s decided to pick up along the way.

Following this, we speed along the footpath, turn left and race to press the button at the pedestrian crossing, cross the road and into the breakfast club of his little infant school. My son is usually jogging to keep up with my quick, long anxious strides and we are both out of breath by the time we arrive at our respective destinations. Occasionally, when we walk, after the fog has lifted, we can see jewel encrusted spider webs adorn the low hanging branches and the pedestrian crossing button we race to press. We’re forced to pause then, to admire the beauty, (cliché to the jaded) but always new to us and we sigh with wonder. This is the one time I cherish and think about the morning walks to school with my own mother and then my daughter when she was only 4 and 5.Nostaligia is short lived before I rush back to work where I parked, and resume my day. This is our weekday morning routine.

On Thursday, (a school night!) we decided to celebrate Diwali in our new home. We resolved to recognise our own faith, regularly put to one side for the sake pragmatism and lack of patience. We lit tiny tea-light candles, over a hundred of them, and decorated our dining hall. We dressed Ganesh with flowers, gifts from our own garden, and we lit incense sticks and prayed. We closed our eyes and rang the bell and thanked God for lending us so much joy in our relative insignificance.

We went to bed exhausted but happy, and woke the next day as if the night before was a beautiful dream.

The day after Diwali, on the last day of our first half term, we slowed it down. I refused to rush and race for the button. I decided, instead to hold my son’s hand and we walked together slowly; to feel the warmth of his little palm in my own and to savour the closeness of ourselves to each other. We remarked that we didn’t really like to rush and it was much nicer to walk and chat and look about us. We breathed in the cold October air, deeply and peacefully. It was one of those moments of joy, that I have resolved to finding more of in my day to day. 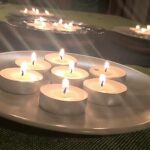 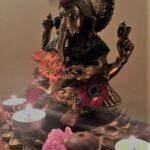 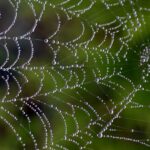